How we make decentralized decisions 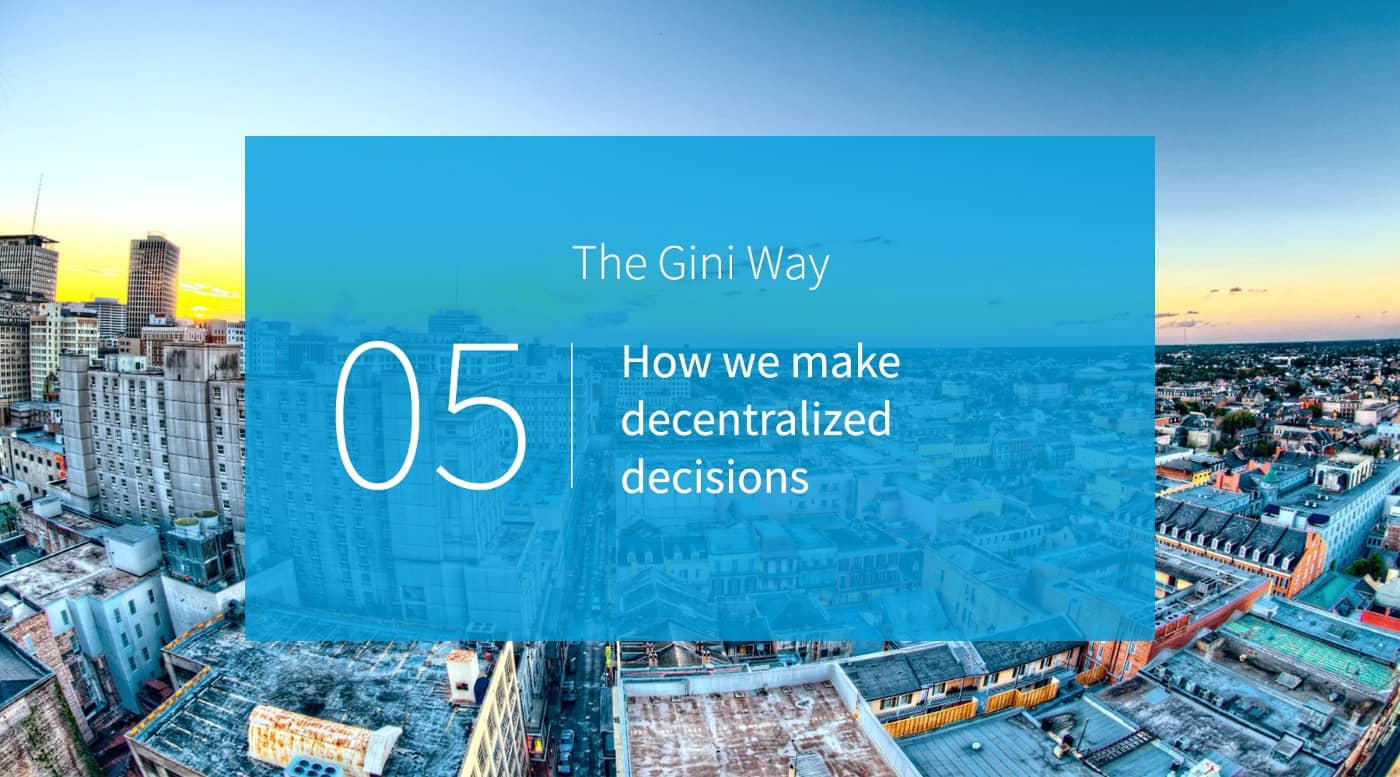 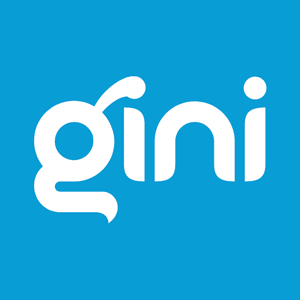 Decision-making is a — if not the — core discipline of any organization. One of the reasons we are structured as autonomous academies is to enable decentralized decision-making. The goal is to move decision-making authority to the information and enable those that feel a sense of urgency to take initiative. This avoids decision bottlenecks and allows for decisions being made quickly where they are needed.

Using the 7 levels of delegation to categorize decision-making, helps us to clarify what we mean when talking about a decision to be made. Who makes the decision (!) and should anybody be asked (?) beforehand? We use levels Sell (2), Agree (4), and Consult (3) as described below. 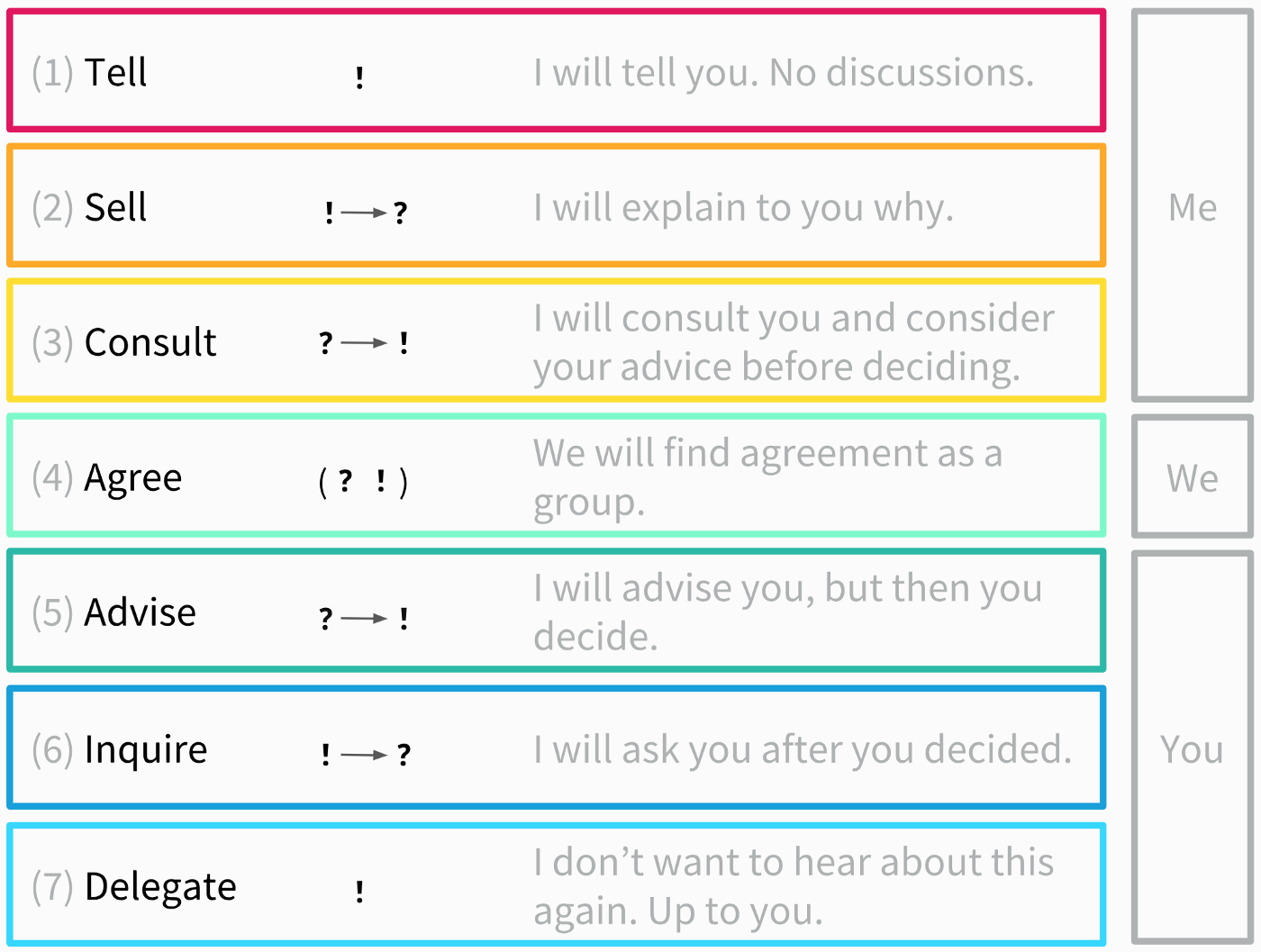 Our decision-making practices are based on two principles.

Why the power hierarchy (1) doesn’t work in our context

Management, as invented 100 years ago by Taylor, has served us well in the industrial age. The division between thinking by few on the top that tell many on the bottom what to do, afforded us massive efficiency gains. When applied to knowledge work instead of physical work these advantages mostly disappear and are counteracted by disengaged knowledge workers that get paid to think.

Division (left) and union (right) of deciding and executing.

The power hierarchy operates through delayed or broken feedback loops that prevent decision-makers from experiencing and personally feeling the impact of their decisions. This leads to slow and ill-informed decisions, that are too static for a market that keeps getting more dynamic and complex. We avoid this kind of decision-making at Gini by splitting the company in autonomous cross-functional academies instead of functional departments. This structure promotes the following ways of making decisions.

Deciding yourself (2) because it is safe-to-fail

Each individual considers reversibility (a decision can be easily reversed) and consequence (a decision has small consequences) before escalating to another decision-making practice. For decisions that are easily reversible or have little consequence, we choose to make decisions on our own — even though they may violate the two principles above. In these cases “asking for forgiveness, instead of permission” is the better option because it is fast and creates momentum.

Decisions that are irreversible but have little consequence are a good training ground for learning. Making mistakes here is cheap and the lessons learned can be used to avoid more costly mistakes. For instance, you may learn who has a strong opinion and valuable input for hardware after purchasing an adapter (50€) on your own. Now that you know, you may consult them, before making bigger purchases, like a laptop (2000€).

Decisions that have big consequences but are easily reversible are great for experimenting. You may revert quickly after gathering evidence that a decision was a bad idea. Congratulations. Now you can argue about facts instead of opinions. For instance, you may choose to do a project with a candidate as a freelancer before making them an offer as a full-time employee.

For decisions that are both (highly) consequential and (nearly) irreversible we choose to make them carefully and methodically by using the following practices.

Deciding yourself (2) with a mandate

The simplest case for making decisions is when you have a mandate to do so. Either explicitly given by a group you are deciding for or implicitly by your role.

Example: This could be you in your role as a recruiter rejecting a candidate after a first screening. You wouldn’t inform anyone about this decision you make on a daily basis even though it is not easily reversible and has a big consequence. If someone asks you about a specific decision, we expect you to explain your reasoning — to sell your decision, if you will. This helps others understand and accept your choices, as well as enabling them to learn from them.

Agreeing (4) in a group with consent

There are no managers or team leads that call all the shots within our academies. When we decide in a group (academy or other) and there is no mandate for someone to make the decision, we default to consent. We prefer consent over consensus or majority vote. While consensus is commonly interpreted as everyone is for a proposal, consent is weaker and is defined by the absence of reasoned, substantial objections. “No-one objects” (consent) leaves more solution options than “Everyone agrees” (consensus). Objections must come in the form of suggestions on how to alter the proposal to make it acceptable. This makes discussions more solution focused. Objections are not vetos that stop a proposal, but identified risks to be incorporated into an amended proposal. For this to work effectively, it is essential to understand what a reasoned objection is. A reasoned objection is not “I’d prefer another option.” but “I think, doing this will harm us and risk achieving our goal.”

Sociocracy uses the slogan “good enough for now, safe enough to try” to describe the experimental nature of decision-making. With that, consent tends to reach quicker agreements and leads to smaller experiments.

Example: Academies use consent to decide on things that affect everyone in the academy, like their objectives and key results for the next three months.

If we can’t agree as a group we escalate: We choose a decision-maker that follows the advice process. Choosing a decision-maker tends to be as simple as someone suggesting a person from the group and the rest of the group agreeing. Technically, this is another consent decision, but it is usually much simpler.

Decide yourself after consulting others (3) with the advice process

For cases that are not covered above, we default to the advice process. This is the case for decisions in big groups where group consent is deemed too inefficient or after a failed attempt to reach consent for a decision.

In general, everybody is empowered to use the advice process for any decision. Everyone is encouraged to move topics forward they think are important and urgent.

We draft proposals in our wiki where people can see the progress and comment throughout the decision-making process. We use an email template to communicate our intention to make a decision on a topic. With an email to the affected group, the initiator proposes who is deciding what by when and why this is important now. 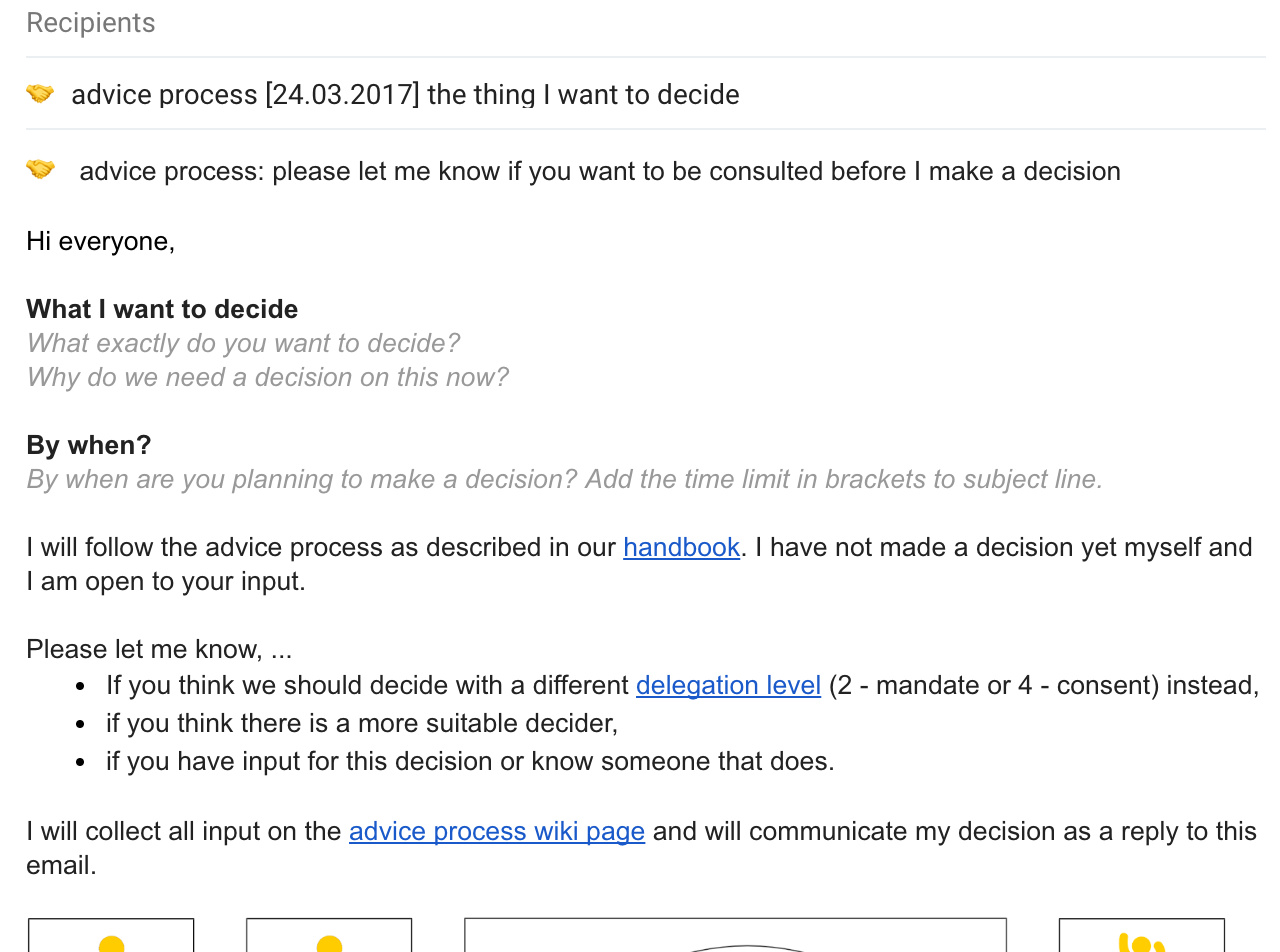 Email template for the advice process

We expect decision-makers to actively consult experts and those affected, and to be as transparent as possible throughout the process. It’s not enough to send out a proposal and passively wait for feedback. A nice side effect: Asking for someone’s advice is a way to show appreciation — to show that their opinion is valuable to reach the best possible solution.

The greater the impact of a decision, the more people we consult. Advice received must be taken into consideration. But advice is simply advice. Ownership of the issue stays clearly with one person: the decision-maker.

Decision-makers need to be willing to question their initial assumptions and ideas for a solution and zoom back out to the problem space. This is hard because of how our brains function with regard to natural biases. We tend to pick sources of information that are not representative (selection bias). And to make matters worse we tend to distort the information we receive to seek confirmatory evidence instead of trying to disprove our assumptions (confirmation bias). We cannot entirely avoid these biases, but being both aware of these biases and the difference between problem and solution space helps. This process can initially feel uncomfortable. While it’s easy to appreciate intellectually, it is emotionally challenging. It requires separating oneself from one‘s ego’s attachment to being right, and instead trying to change perspective to see what one has a hard time seeing.

Decision-makers make sure everybody is committed to the decision, especially those that disagree. To ensure this, they discuss their decision in 1-on-1 conversations with those that gave them contradicting advice before they publicly communicate their decision. They explain that they heard them, that they understand their point of view, and why despite of that they decided differently. There is no need to make watered down decisions to please everyone. People respect decisions if they feel they were heard and understood. If we disagree with a decision, we practice forgiveness and bring it up with the decision-maker. We follow the conflict resolution process if necessary.

The trade-off we make for higher involvement and transparency is the speed of decision-making. Consulting people takes longer than just giving decisions to the person who owns the budget or some other right to decide.

Example: We use the advice process for decisions that make changes to our organizational structure, like creating a “bench” group for people that are temporarily without a team, or decisions that affect people across the company, like switching to a new recruitment tool.

Who makes decisions with the advice process?

To be clear, there are no dedicated decision-makers within Gini. You become a decision-maker by identifying a decision to be made and taking initiative or by being chosen by a group of people unable to decide something by consent.

Decision-making is not evenly distributed among all Ginis and some voices carry more weight than others. Ginis with higher reputation from their peers end up influencing decisions more than others. There are natural hierarchies of reputation and merit. An even distribution was never the goal. The goal is inclusion and openness and to enable those that feel a sense of urgency to take initiative.

Expertise in a certain area often influences who makes a decision, but it’s not the sole criteria that makes someone a good fit for decision-making. Understanding of all points of view and thoughtfully weighing options may be more important in some circumstances.

Adoption of decentralized decision-making didn’t happen overnight after making the switch from a power hierarchy with supervisors to autonomous academies. Two phenomena that we experienced were permission seeking and slow decision-making.

It has been some effort to get rid of the reflex to seek permission. It helps to have leaders that resist the urge to just make the call when someone “gives” them a decision to make. Instead, these are teachable moments to ask “What do you need to make this decision yourself? Who’s going to be affected? Who’s an expert?” This, in turn, requires trust in the positive intention and the competence of each of us to be able to let go of the decision-making power.

We aim for a decision distribution of roughly

Another source of friction is the speed of decision-making with the advice process. Consulting people takes time. Considering their advice takes time. Making the process transparent takes time. So the time between the intent to make a decision and actually making it is longer. Decision-making is only a means to end, though. We want something to happen after we make a decision. If part of the desired effect is that people change their behavior, it is overall more effective to include them in the decision-making process than trying to convince them after the fact. This is the case because involvement creates commitment.

The built-in reflection time and diverse points of view lead to more diverse proposals and ultimately to better decisions, that are more in line with our company values and the future we want to create rather than personal belief systems. 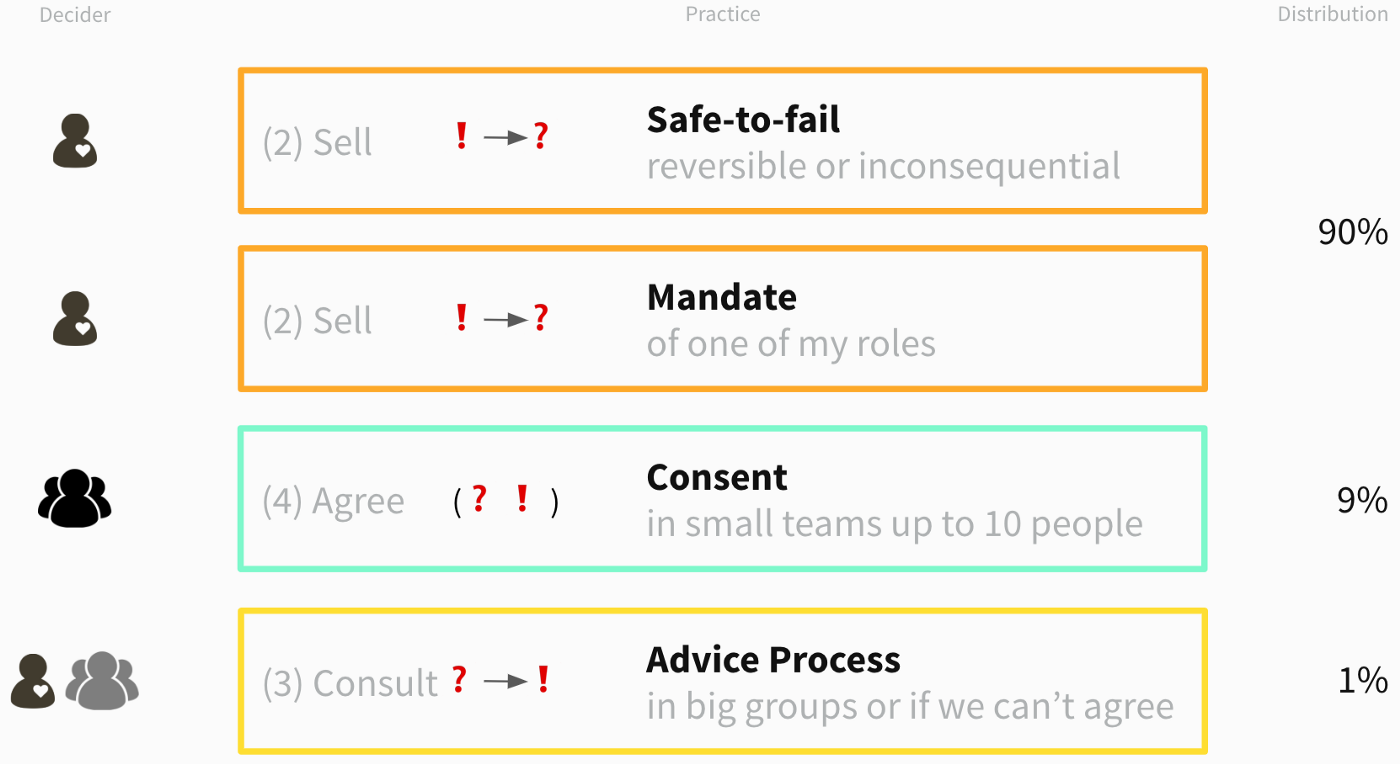 Decentralized decision-making is more effort than someone making the call because they are higher up in a power hierarchy. We know that. That’s the trade-off we make for enabling higher autonomy of academies and individuals, which ultimately leads to more innovative products and happier people.

If this sounds like an environment where you would thrive, have a look at our open positions and get in touch. We are looking for people to join us on our mission.

The Gini Way is our place where you can learn how we do things around here. We are driven by culture, values, and creating happy people. 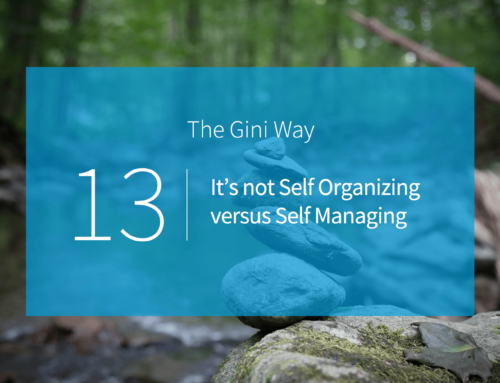 It’s Not Self Organizing versus Self Managing 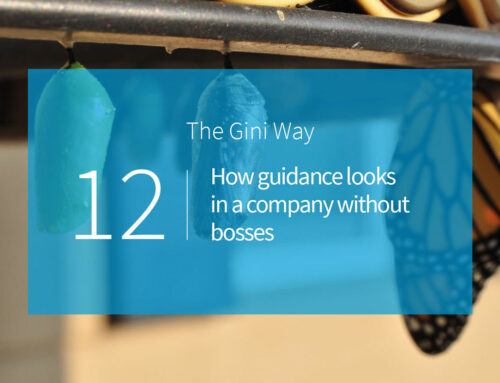 How guidance looks in a company without bosses 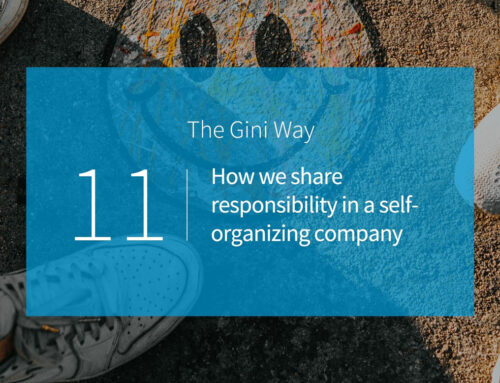